A Guide to Radio Jargon Despite advancements in digital technology, CB radios and walkie talkies are still proving to be a popular and useful way of communicating for many individuals and businesses. If you’re new to using radios, you might be baffled by words and phrases, such as “Roger that” or “10-4”, that you hear over the airwaves - but fear not, we’re here to clear things up so you’re familiar with the lingo.

Clear
Signals that the connection is excellent quality.

Copy
Used to ask whether a message has been heard or understood, e.g. “Do you copy?”. Can also use ‘Read’.

Distorted
Signals that you are having problems hearing the other person due to signal distortion.

Fading
Signals that the connection is wavering.

Good
Signals to the other person your connection is audible.

Handle
The nickname you use while on the radio.

Intermittent
Signals that you are having problems hearing the other person due to an irregular connection.

Loud
Signals to the other person your connection is strong.

Mayday
This is a term that we hope you never have to say or hear as it means there is a life-threatening emergency. It is usually associated with a plane or helicopter going down or a boat sinking.

Meat wagon
Slang for an ambulance.

Nothing heard
Means you are unable to hear at all.

Out
Used to indicate that a person is signing off.

Over
Used to indicate that a person is done speaking.

Over and out
Used to indicate that a conversation has ended.

Read
Used to ask whether a message has been understood, e.g. “Do you read me?”. Can also use ‘Copy’.

Readable
Signals that the connection is good quality and there is no difficulty hearing.

Roger that
A way to let other users know that you understand what they have said. ‘Roger’ stems from the days of morse code when the letter ‘R’ meant ‘received’.

Smokey
Slang for a police officer. Sometimes referred to as a “smokey bear”.

Weak
Signals that there is a connection but it is difficult to hear.

Wilco
Means “will comply”, indicating that the speaker will carry out the task given to them.

With interference
Signals that you are having difficulty hearing the other person due to interference.

The 10- codes are a succinct way of communicating that have been adopted across many different industries.

Means the communication has bad reception.

Means to affirm a communication.

A request to repeat a communication.

Means the message has been received.

A request for an estimated time of arrival. 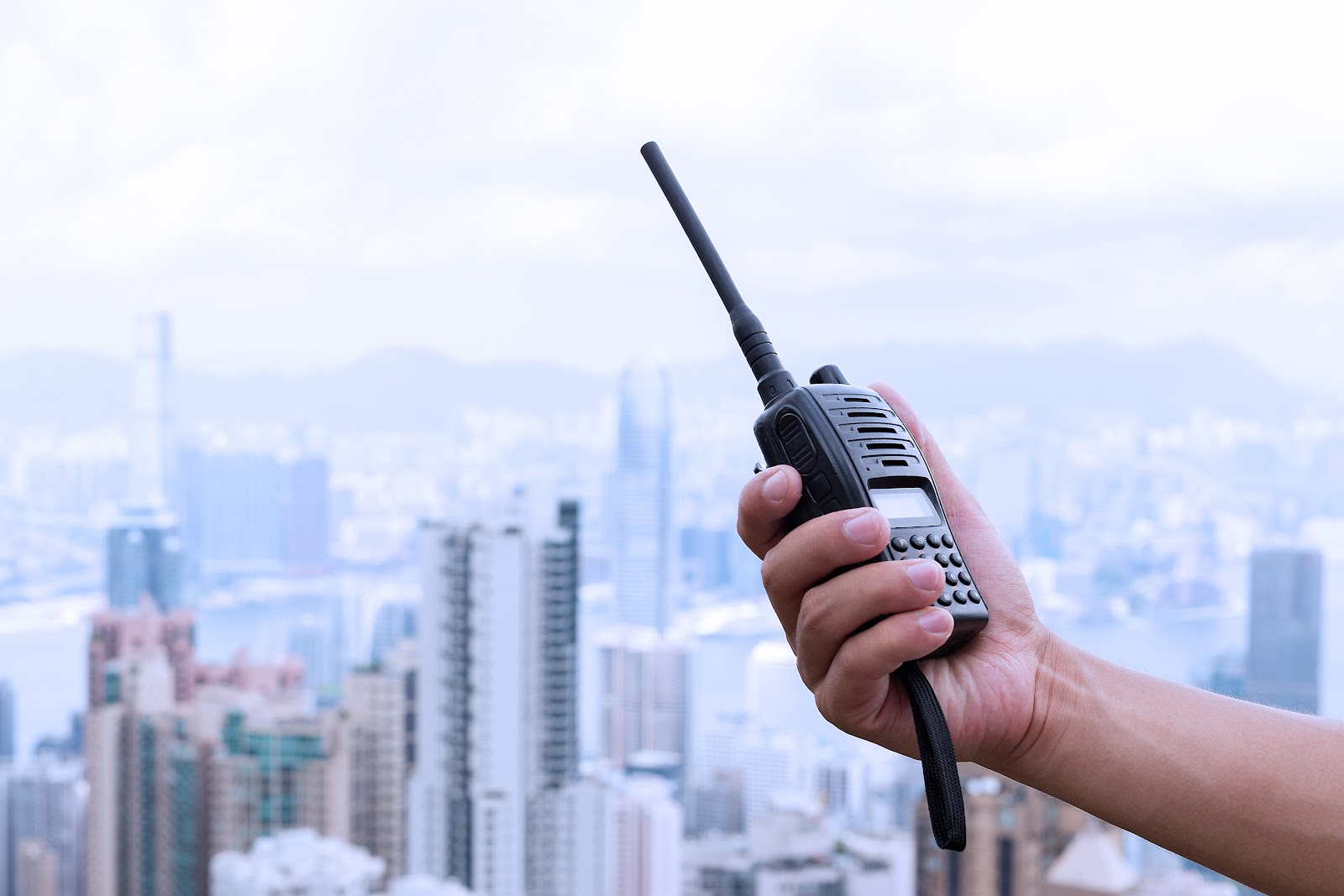 It can often be difficult determining what somebody is trying to spell out over the radio as many letters have similar sounds. The phonetic alphabet, also known as the spelling alphabet, was introduced to tackle this issue and replaces letters with certain words. This is the complete list of the phonetic alphabet:

For latest news, offers and updates, sign up for our newsletter

Join us on Social Media